A Grunt’s AI Journey–It’s About the People

In setting the context for his keynote remarks at SparkCognition’s 2022 Time Machine Interactive event last week at HyperWerx, General Robert Blake Neller noted that hundreds of pieces of state and federal legislation related to artificial intelligence (AI) have been proposed in recent years, with the Department of Defense (DoD) investing more in AI than any other federal agency. 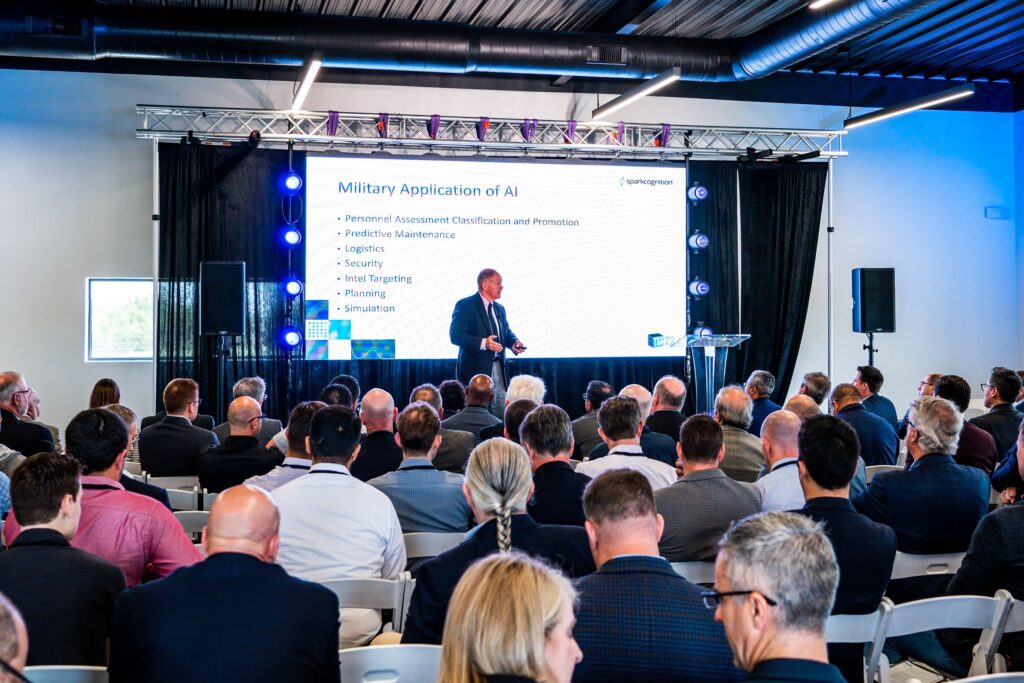 The beginning of the journey

He said that his personal introduction to AI occurred when a friend recommended that he read the book The Singularity is Near by Ray Kurzweil. Asserting that he has never been especially proficient with technical topics (a self-described history major in college who got a B in calculus), he was nonetheless intrigued by technology and its potential future implications for the U.S. military. “I need to figure out how to operationalize this in the military,” was his primary realization after finishing Kurzweil’s seminal book. He thought, “How can I make all of this stuff work?”

The realization that AI has made possible everything from efficient farming to the rapid development of COVID vaccines only reinforced Neller’s commitment to adding the technology to the military’s toolbox. He then noted that as great as the opportunities associated with AI are, the principal challenge of AI may well be in striking the proper balance between risk and opportunity. Citing Sun Tzu’s maxim that “war equals constant change,” General Neller augmented the ancient Chinese general’s wisdom by stating that the Marine Corps—the entire U.S. military in fact—has long been characterized by being conservative and slow to act, particularly concerning the adoption of new technology. “As leaders in the military, we strive for easy, cheap, and smart,” he said, “not hard, expensive, and stupid.”

General Neller described the challenge of recruiting Americans into the military, asserting that only about a third of citizens are even qualified to serve, a state of affairs that makes screening and recruiting more difficult than it’s ever been. He described a potential opportunity for enhanced systems that screen applicants, aligning their backgrounds and education with the current needs of a wide range of military positions. Following up on this possibility, he cited, as well, the continuing challenge of evaluating, training, and promoting active-duty military members based on performance, aptitude, and personality.

Predictive maintenance as a must-have capability

Shifting gears, Neller then spoke about his experiences with additive manufacturing. He highlighted the example of a subordinate who had taken the initiative to repair a broken aircraft system control knob with a 3D-printed replacement, only to realize that doing this violated a host of military procurement regulations. Yet, the authorized method required replacement of the entire affected control box, at a price tag of more than $11K. Neller surmised that having this 3D printing technology available on remote deployments would be a game-changer from a mission readiness perspective. He used this anecdote to address the much larger opportunity afforded by predictive maintenance, with its ability to recommend maintenance and repair activities on complex military systems only when needed rather than basing maintenance on the rigorous time and date constraints that have been the norm for decades.

One of the greatest challenges of implementing AI solutions in military combat systems is determining the degree to which human intervention and decision-making should be mandated. Whether it’s drones making autonomous weapon deployment decisions or a young recruit having a promotion decision rendered by an automated system, notions of explainability and accountability will be paramount as the military comes to grips with the opportunity of AI. Neller addressed this conundrum, as well as the criticality of developing simulation capabilities that will enable military leaders to confidently support the widespread implementation of such leading-edge capabilities.

“Sure, aviation simulation has always gotten a lot of attention,” he observed. “But how do you provide that grunt commander with the ability to simulate in advance a troop deployment or other complex operation?”

The role of ethics

General Neller concluded his remarks with observations about the role of ethics in automated decision making, citing as a real-world example the relationship between Captain Picard and Commander Data in the popular television series Star Trek: The Next Generation.

“Commander Data is a source of great insight and information,” Neller said. “But at no point does he have life and death decision-making authority. That inevitably reverts to Picard, the commander who has ultimate accountability for decisions and the consequences of those decisions.”

The idea that “Intelligence without character is a curse” sums up General Neller’s comments and concerns about AI technology. “It’s not about the technology,” he said. “It’s about the people, how they think and what they do.”

At this point in the evolution of the U.S. military, essentially any system that the services use can be automated to a large degree. The salient questions, then, are what degree of autonomy should be provided? And what role should human decision-making play in the OODA (observe, orient, decide, act) loop?

General Neller’s observations about the trade-offs inherent in implementing AI in the complex legacy-driven world of the U.S. military are equally applicable in the civilian world—particularly the challenge of driving adoption in organizations characterized by long decision-making cycles. For while there is no practical limit to the magnitude of the opportunity AI offers, decisions about human interaction and accountability will always remain, no matter how quickly and effectively the technology evolves.

General Neller became the 37th Commandant of the USMC on September 24, 2015, and retired from the U.S. Marines in 2019, following a 44-year career that included receipt of numerous commendations and recognition awards, including the Defense Distinguished Service Medal.