This is part two of our interview with Robert Work. Part one can be found here.

SGS board member Robert Work served as the 32nd United States Deputy Secretary of Defense from 2014 to 2017 under both the Obama and Trump administrations. He also served as the Under Secretary of the Navy and was the CEO of the Center for a New American Security (CNAS).

Sec. Work recently concluded his service as Vice-Chair of the National Security Commission on Artificial Intelligence (NSCAI), an independent commission formed “to consider the methods and means necessary to advance the development of artificial intelligence, machine learning, and associated technologies to comprehensively address the national security and defense needs of the United States.” The final report of the NSCAI was delivered in March 2021 to the President and Congress.

Last month, we spoke with him about the recommendations that came out of the NSCAI, the importance of responsible and ethical AI, and his thoughts on the partnership between the commercial sector and the Department of Defense (DoD).

Part two of our interview with SGS board member Robert Work 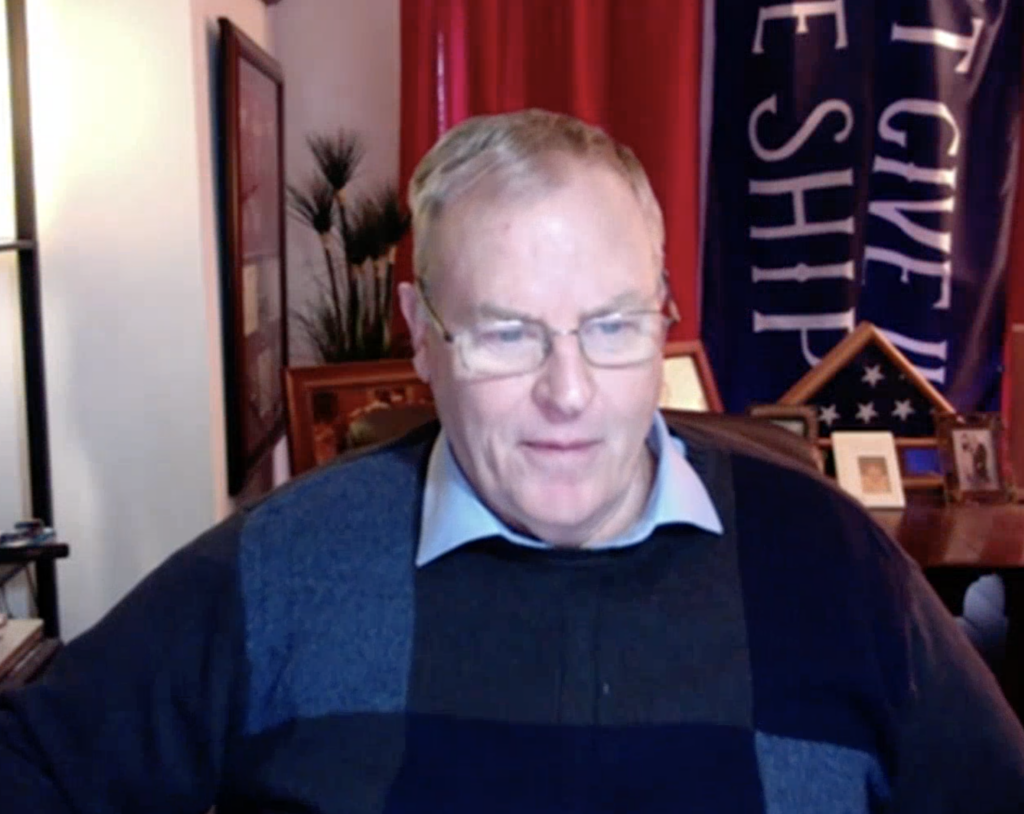 What attracts you to the work that SGS is doing?

Well, I became associated with SGS through SparkCognition. I met Amir Hussain, the CEO of SparkCognition in 2015 when I was talking about the third offset strategy in the Department of Defense.

And what was so striking to me…I had read Amir’s book, “The Sentient Machine.” I had heard him speak in several different venues. And I said, okay, this guy really gets AI and what’s happening. And he’s a tremendous technologist, and he’s a tremendous entrepreneur. But what sets him apart is he has a clear vision of how AI will change future warfare. Very few of the technologists that I have come across have that. They look at AI as a technology, and they’re looking at it to solve a particular problem or individual problem sets.

Amir and a gentleman by the name of General John Allen, who is the president of Brookings Institute, collaborated on a concept called HyperWar, which explained how all of the different aspects of AI and advanced technology were going to fundamentally change the way wars are fought. I thought, “Okay, that’s a type of AI company I want to be associated with because I want to know how to use AI to improve the national security of the United States.”

Then the decision was made that SparkCognition would create a subsidiary that just focused on the government: SparkCognition Government Systems, or SGS.

And in my view, it is the only all-aspect AI company dedicated to solving the problems of the Department of Defense.

It has cyber protection capabilities; it has natural language processing. It works in readiness. It works in a wide variety of different areas, and the technicians who are part of SparkCognition Government Systems are just totally top-notch. And the company can draw upon the expertise of the parent company SparkCognition, which is one of the top one or two industrial-sector AI companies.

And then Logan Jones, who is the CEO of SparkCognition Government Services, came aboard. You need a patient, steady hand in an AI company because working with the government can be frustrating. And Logan comes from Boeing defense and is well aware of the challenges working with the government. He is able to tell the team , “Okay, it really is terrible that we can’t get this one contract done, but these are the rules of the game. We’ll work through it. Let’s keep going. If we can’t get this one, let’s get another one.” That’s exactly the type of attitude that will make SGS a success.

Logan understands that this is a values competition, and he really understands that everything starts at the ground floor—that the technologists who are developing AI applications have to fully embrace the idea of responsible AI. They have to understand what the applications are trying to do and then test them to make sure that they’re reliable, repeatable, and trustworthy. Logan talks a lot about building up warfighter trust, which is another very, very important thing, and inculcating these ideas through the entire workforce of SparkCognition.

You have been widely credited for your work with leaders in the DoD and the intelligence community on the “Third Offset Strategy,” which set a lot of what we see today into motion in terms of partnership between the commercial sector and the DoD. Can you talk a bit about what you see today in that relationship?

This is an area that I am very, very interested in.

The third offset strategy was one of seven lines of effort that came out of what was then referred to as the Defense Innovation Initiative, started by Secretary of Defense Chuck Hagel in November of 2014. When Secretary of Defense Ashton Carter came aboard, he had experience in Silicon Valley, where it became evident to him that a lot of these high technologies were dual purpose and the commercial sector was leading their development. This was totally different than the Cold War, in which the government was leading the charge. In essence, Secretary Carter added an eighth line of effort for the DII–connecting the Pentagon to the commercial innovation sector to stay at the cutting edge of technology and enlisting them to help win the broader technology competition.

Now, the commercial sector would still say working with the government is a big pain–“it’s too difficult for us to get contracts. It takes too long” etc.” The Department of Defense acknowledges these problems and are trying to resolve them. Still, nobody is satisfied with where they are, and they continue to work to improve that.

One improvement was to increase emphasis on SBIR (small business innovation research) contracts. Another is a new contracting vehicle called “other transaction authority.” In some instances, OTAs allow you to get on contract as fast as 60 days, and DoD has demonstrated that time and time again.

So there are all sorts of different ways where the Department of Defense can give small companies money to prove out ideas and developments a little bit more, and perhaps prototype a system. If they do that, then hopefully their idea translates into a full-fledged program. All of these things are designed to help get small companies across the so-called “Valley of Death,” where a company has an exciting technology, but they just can’t get into a program of record that provides them with a steady stream of funding.

As I said, I know people are frustrated with how slow the department is moving. But I will tell you as a former deputy, what they’ve done in the last three years is moving at the speed of light for the DoD, and they’re getting better. But they’re not there yet.

Final question: Why is it so important for the U.S. to be the global model for ethical AI?

It goes back to the competition over values.

If people perceive that the United States is willing to cut corners—is willing to say, “well, this doesn’t quite meet personal privacy or standards that we’ve had in the past, but it will give us a big, big advantage”— we’ll start to lose the support of both our citizens and allies.

This would be an incredible gift to our competitors who would say, “look, the democratic nations are really no different than us. So why don’t you go with our stuff which is cheaper? And you know, we’ll help you monitor your population so that people who are kind of stirring the pot, you’ll be able to keep track and silence them.”

So to me, it’s absolutely fundamental that we embrace responsible AI, as Logan has at SGS, and we walk the walk when deploying AI-enabled systems.

If we do that we will win this competition over the long term.

Read part one of our interview with SGS board member Robert Work here.